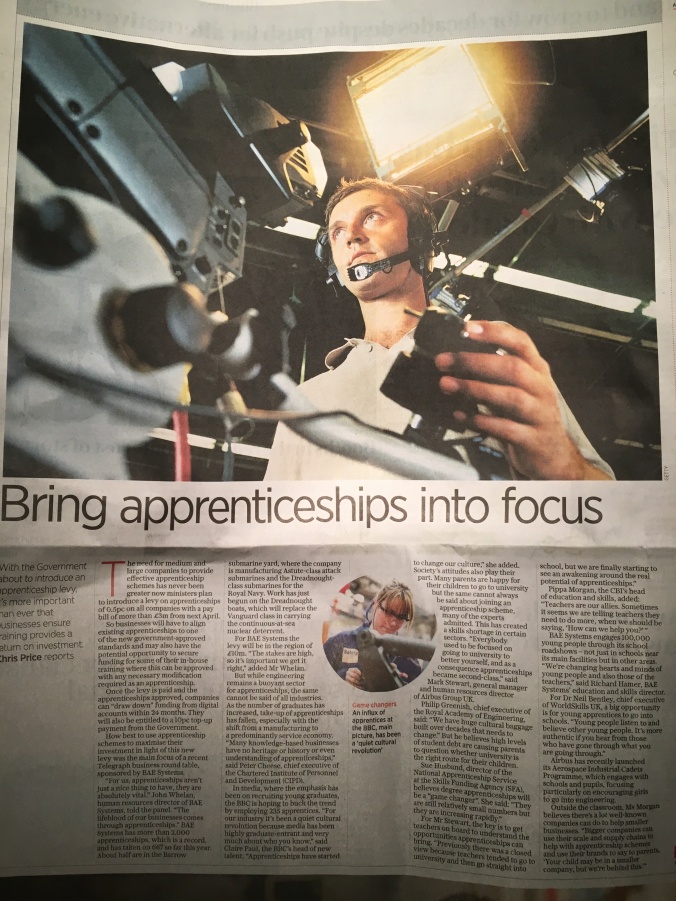 Really pleased with my page in The Telegraph‘s Business Section today about apprenticeships and the apprenticeship levy. Not that many companies seem to know about the 0.5 per cent levy which all companies with a pay bill of £3m will have to pay from next April.

So anything that draws attention to the issue has to be a good thing. Also, with graduates leaving University with so much debt (average is over £40,000)  it makes sense for some people to go the apprenticeship route, rather than going to college.

I think it’s time we stopped looking at people without degrees as second class citizens and started opening up more routes into careers for people with talent regardless of whether they have got a degree or not.

Of course that means offering high levels of training which is where the apprenticeship levy comes in.