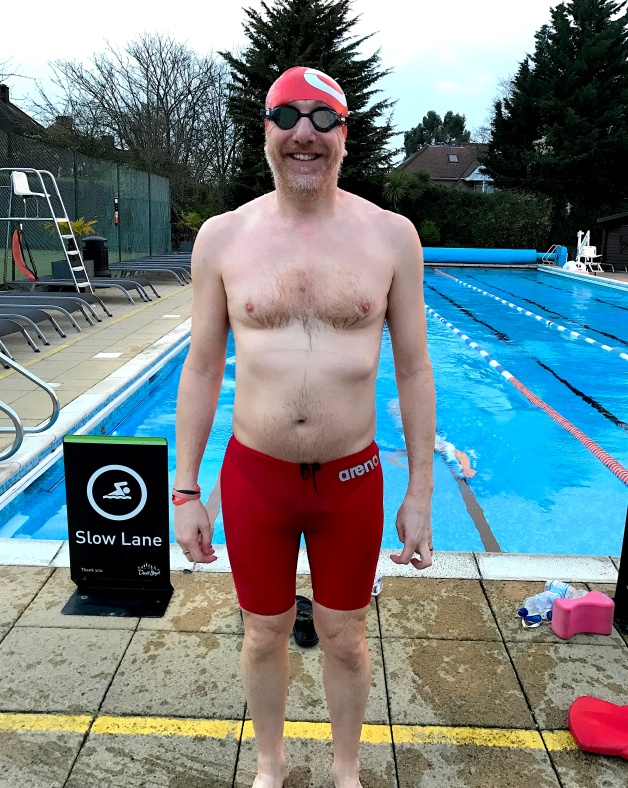 When I’m not teaching in secondary schools or writing freelance tech pieces I’m often swimming, usually during the Winter in the outdoor HEATED pool at David Lloyd in North Finchley.

But in the summertime I like to venture a little further afield and swim in lakes and the sea.

Sometimes I combine journalism with swimming (though not at the same time as the Mac gets a bit wet). So this month I’ve been testing out some new Arena gear I’ve been sent which you can read about on my swimming blog, Goggleblog here.

Next week I’ll also be testing out some underwater MP3 players or SwiMP3 players for gadget website, Tech Radar, now that I’ve finally got enough players that actually work! Watch this space.

We talk to Screen Time author and former ShinyShiny editor Becca Caddy about balancing our offline and online worlds - https://www.techdigest.tv/2021/01/interview-screen-time-author-becca-caddy.html
We interview 6 tech leaders about their predictions for 2021 after a tumultuous 2020. See www.shinyshiny.tv. #leaders #digital #2021 #ceo #innovation #entrepreneur
Thanks @daringfoods for sending vegan alternative to chicken. Very nice with pasta. Interview with @iamrossmackay to follow for @so_vegan_curious #vegan #plantbased
Riding a bike has sure changed over the last 30 years! What I’ve learned as a born again e-cyclist. https://www.shinyshiny.tv/2019/10/12-things-ive-learned-since-i-last-rode-a-bike-in-the-80s.html @voltbikes
Great cover shot for #markusklinko catalogue too though I think the wolf may be photoshopped! @zebraonegallery @davidbowie
Some amazing @davidbowie pics at last night’s #marcusklinko launch @tramp_london. All available @zebraonegallery. Pics taken circa Heathen period around 2001-2002 and include Bowie in beautiful tweed suit and taking a wolf for a walk - as you do!
It’s Christmas 🎄 Lots of fun stuff at this year’s Christmas in July events
Not a bad place for Vodafone to have its 5G launch even if the plants are a bit smelly!
Nissan’s all electric ice cream van with @_mackies_ice_cream_ . Instead of playing jingle tweets location using @what3words. That’s progress #Nissan #icecream #mackies