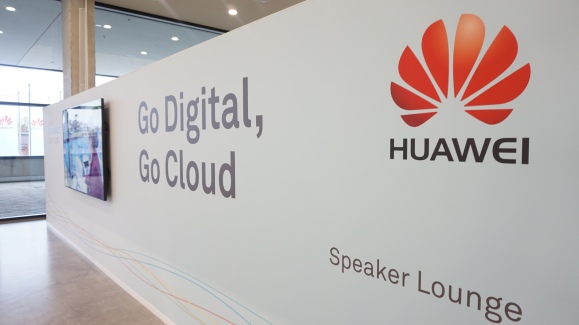 You’ve probably never heard of Huawei, pronounced Waa-Wey. But chances you will have come across them at some point and not realised.

As well as manufacturing various digital set-top boxes, including the YouView box rolled out by TalkTalk in the UK, the Chinese giant is also the world’s third largest mobile phone manufacturer.

Earlier in the year I was fortunate enough to be invited to Mobile World Congress in Barcelona by Huawei and was given one of their P10 smart phones. And I can honestly say it has the best digital camera I’ve ever seen on a smartphone – much better than the iPhone 7.

This time, I’ve come to Huawei’s Eco Connect Conference in Berlin to find out what some of their commercial partners are up to for a piece I’m writing on digital banking for The Telegraph. I’ll also be writing up some of the content for my own tech blog, Tech Digest.

Yesterday I learned all about various applications for the Internet of Things, iOT, most memorably how they work with agriculture tech companies to make dairy farming more efficient.

Not only do farmers can use IoT sensors to detect when a calf is born in order to ensure everything is OK, they also know when is the best time for a cow to mate with a bull – the ideal ‘rutting’ period as it’s known!

Less graphic perhaps was finding out about applications for narrowband IoT, a low power wide area network which can be even be used underground to monitor water usage/wastage for the development of smart cities.

Today, it was the turn of companies like DHL to show how they are using augmented reality glasses, drones and robotic trolleys to make the process of sorting items at their depots more efficient. DHL is even using drones to send important deliveries such as medicines to mountainous regions in the Alps, cutting down delivery time from days to minutes.

But you’ll be pleased to know it hasn’t all been work, work, work. I’ve also had time to take in Berlin, a city I’ve been coming to on and off for 25 years. Yesterday we went to former Eastern Berlin where I took this picture below of the famous Fernsehturm TV tower near Alexanderplatz.

Built in the 1960s by the German Democratic Republic (GDR) as a symbol of Communist power, it’s easily the most striking of Berlin’s buildings. It’s fair to say though that technology has moved on a little bit in the last 50 years with many of us now watching TV programmes over IP (Internet Protocol) – via our Chinese manufactured Huawei set-top boxes of course!